HOW TO WIN YOUR FIRST ONLINE POKER TOURNAMENT

Get your mind out of the gutter! You know we’re talking about online poker here, right?

And we’ve got all kinds of poker tips and strategies to help you not only play poker online, but to help you learn how to win your first poker tournament. It might be relatively easy to win a few hands when you start to learn online poker, but winning a full poker tournament means you need more skill and more strategy.

This is your first step towards winning an online poker tournament. Choosing the right tournament for you depends on few factors: the amount of time you have on your hands, your current poker skill level, and in general just your preference for the style of game.

Time-wise, you’ve got a big range of choices when it comes to online poker tournaments at Ignition.

If you want a fast, wham bam thank you ma’am poker tournament, then you’re better off with Jackpot Sit & Go tournaments and Turbo tournaments. These adrenaline-filled events let you get some poker action in without committing hours to the table. They’re especially good for those times when you’re playing mobile online poker, as each game takes about 10 minutes to complete. You’re also facing off against just two other opponents so the turnaround time is tighter than a hairpin turn on a racetrack.

While they may not offer the millions in cash prizes like some of the big tournaments we’ll get into in a moment, Jackpot Sit & Go’s still offer plenty of bang for your buck, with cash prizes up to 1200 times your original buy-in.

If you’ve got more time and you’re looking for bigger cash prizes and longer games (plenty of poker players are in it for the ride as much as they are in it for the cash), then Qualifier tournaments leading up to mega-events like the Super Millions Poker Open, Black Diamond Poker Open, and Monster Stacks are all for you. Check back often since these tournaments happen annually.

The Qualifier tournaments for each of these big events are also known as Satellites, and they let you win a seat to the big tournaments while still providing plenty of online poker tournament action of their own. You can usually grab a seat at a qualifier for as little as $1.00, and they’re a great way to learn the ropes of tournament play.

And if you’re looking for more action, playing multiple tables at the same time can really get the juices flowing.

Style-wise, you can play a huge range of poker tournaments online at Ignition, from Omaha and Omaha Hi/Lo to Texas Hold’em, with betting amounts that include no-limit, pot-limit and fixed-limit wagering.

Use Online Poker Freerolls for Practice

“If it’s free, it’s for me” – if this describes you, then freerolls are a great way to get some practice in before you attempt to win your first online poker tournament.

Poker freerolls offer smaller stakes than the big tournaments, but there is no limit to entry (except they might be capped in terms of overall number of players, so when you see one be sure to register quickly).

Since you can’t lose anything besides time, you should use these freeroll tournaments to sharpen your skills.

You simply sign up, show up at the starting time of the tournament and you’ll get your chips for free. The game action is pretty much just the same as in any other tournament, so you can get your reps in and build that poker muscle. 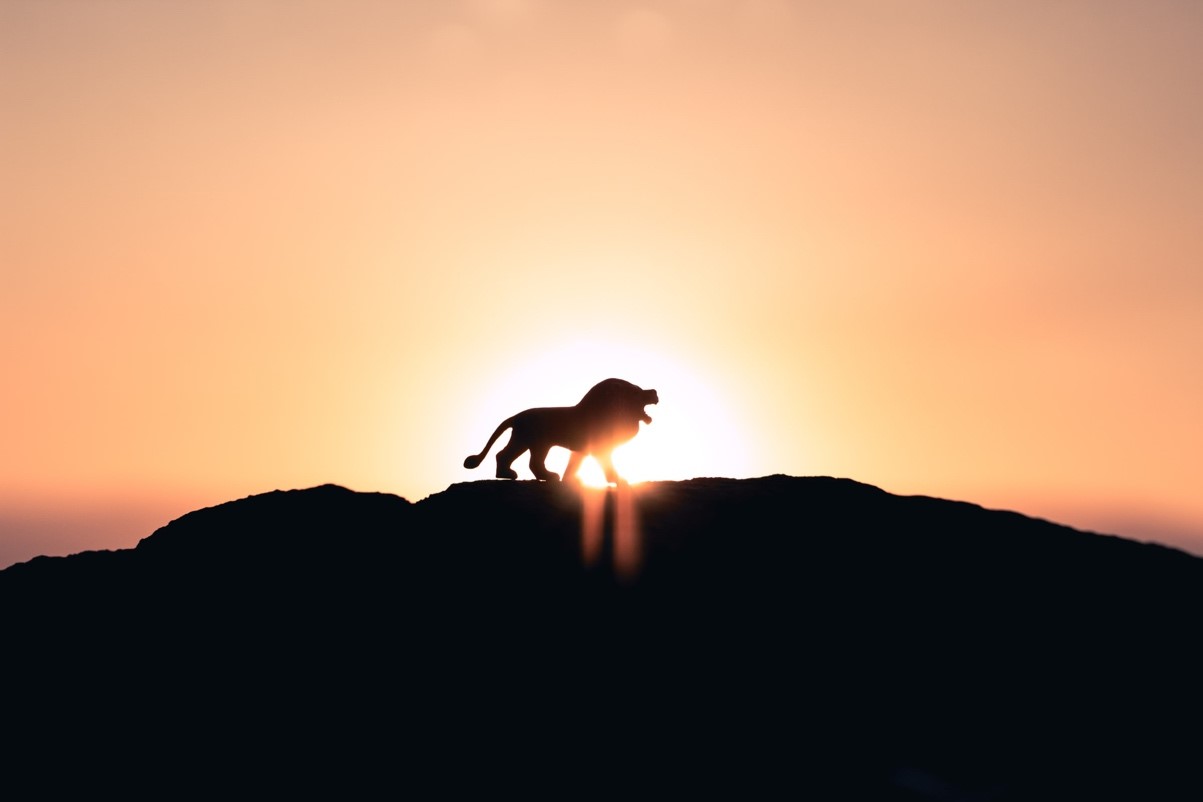 When to Play Aggressively in an Online Poker Tournament

It’s a jungle out there. And in the online poker world, just like the real jungle, it pays to be aggressive and go after weaker prey, getting them to fold as much as possible.

Why should you play aggressively during online poker tournaments? There are plenty of reasons, from building your image to getting others to respect your play so they are more cautious, but mainly you want to be aggressive to get opponents to fold and/or to build the pot.

For example, when you’ve identified weaker players (and especially if you have position on them), and they raise pre-flop, call the raise and bet aggressively on the turn or the river.

Once you’ve won a few uncontested hands, the weaker player – and others at the table – might get frustrated by your bullying ways and help you build the pot just so they can stay in the hand, and you can then use slow play or betting small to build the pot.

When to Play Conservatively in an Online Poker Tournament

In poker as in many parts of life, position is everything. (Hey, mind out of the gutter, remember?). This is especially true as you learn to play online poker and need to understand when to get conservative.

Conservative play most often comes into effect when you’re out of position on the flop.

By being conservative, you keep your range from being easily revealed to the other players – you’re protecting or disguising your hand – by playing conservatively.

Hand strength and the board texture will also impact your decision to play conservatively, and when you need decide how much to bet as a percentage of the pot. Keeping your range at 40%-60% will keep your hands and your playing style fairly well-disguised. The more dry your board is, the more conservatively you should bet.

For newer players, it’s all not a bad call to fold more often. This is the most conservative play of all, of course. But it’s smarter as you learn the ropes and get more tournaments under your belt.

Understanding Big and Small Blinds During a Tournament

The small blind is the smaller version of the two forced bets in Texas Hold’Em and Omaha poker. Your position as a small blind is directly left of the button  (the dealer) and the big blind.

Both are pre-flop bets, and they make sure that there’s some decent money in the pot. Players must call, check or raise by the amount of the big blind to stay in the hand, once the hand begins.

Both blinds are posted by the casino before the cards are dealt, and players who want to be respected always know when it’s their turn as the big or small blind by posting that amount before being prompted by the dealer.

Whether you’re the small blind or the big blind, you’ve already got some skin in the game. The bet will come around to you so you’ll need to decide if you’re going to check, raise, or fold.

Don’t fall into the trap of thinking that once you’ve posted a blind this means automatically that you need to protect it by continuing to play. You might have a weaker hand and you’ll just be throwing more money at a bad situation. Looking at it another way: just let her go dude, she wasn’t meant for you. That blind money you put in belongs to the pot, not you.

If you’re the short stack at the table – and we’ve all been there many times during a tournament – once you’re at 10 big blinds or so, it’s time to fold or go all-in. Better to go for it than to see your stack trickle away, at which point you’re just prolonging your misery. If you manage to double up, that’s great and you’re back in action for a bit longer. If you lose it all, there’s always the next tournament.

When to Bluff in an Online Poker Tournament

Bluffing is probably one of the earliest memories you have of seeing poker portrayed somewhere on TV or in the movies. Guy has no cards but has cojones of steel; guy slides all his chips into the middle of the table, as his face reveals nothing; all other players tremble and fold.

It’s a bit less epic when you’re bluffing from your couch in your underwear in an online poker tournament. And as a newer player, you should bluff rarely. Other players will see that you are losing more often and they’ll pick up patterns in your game.

That said, a balance of bluffs is good. Throw some in here and there to keep players off-balance. For newer players, making a bluff at the turn is a good bet. Opponents will think you have a made hand – whereas if you bluff before the turn, they can doubt the strength of your hand a little more and call you out on your trickery. Then you might be in the buff with your bluff.

The more you learn to play poker online, the more advanced your bluffing can become. 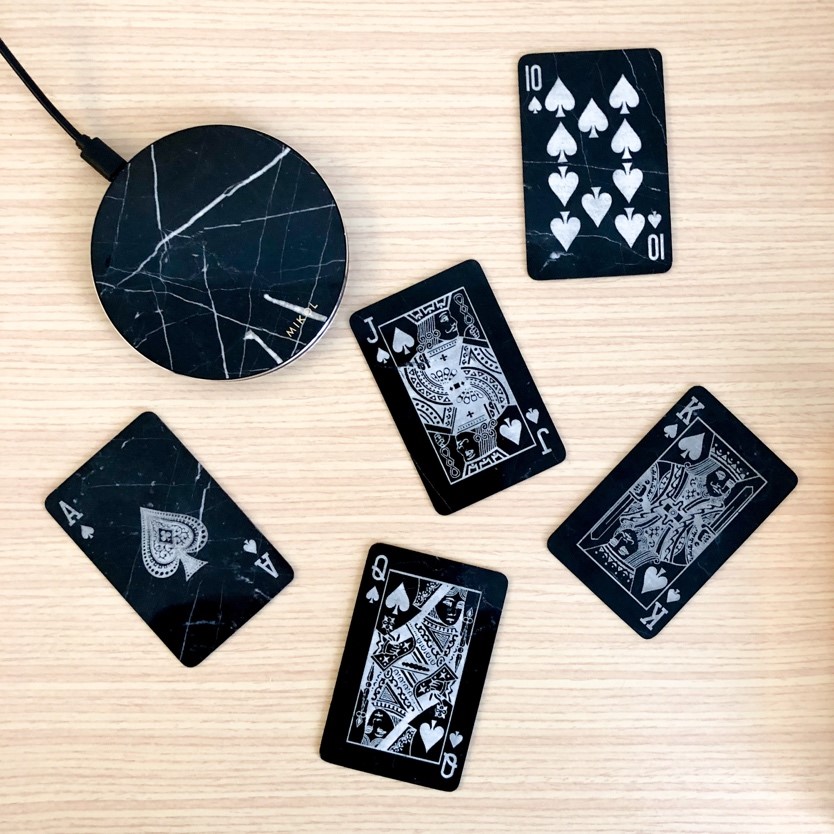 Granted, it’s tougher to read your opponents when they’re not in the same room as you. Or maybe even the same country. But online poker does give you some opportunities to pick up signs that online players show from time to time. And knowing how to read these signs can give you an edge.

You can search a player to see if they’re playing somewhere else at the same time. Seeing that they’re on one or two tables max can tell you that they are likely recreational or newer, whereas seeing someone on 7, 10, or 20 tables tells you that they’re a pro or close to it.

Same goes for their stack size. If they buy in for the maximum amount at a table, chances are they mean business and they’ve been there before.

Passive play is a another sign. If a player is calling a lot or not betting strong on the three-bet and four-bet, you can be fairly sure they lack confidence and experience (cha-ching!).

The chat box is another big tell; most regulars turn it off or rarely comment. Newbies use chat more often.

So there’s lots to learn but also plenty to like about poker tournaments. Now get out there and win your first one.