Playing online poker games is a lot like playing live poker. The big difference is, you can do it anytime, anywhere, stacking up real money winnings online while kicking back in your gym shorts on the couch. But of course, if you don’t know how to play online poker, you’ll need to get a little info before you dive in and start working over your opponents from around the world on our site. After all, knowing how to play is nice, but knowing how to win at poker is even better. 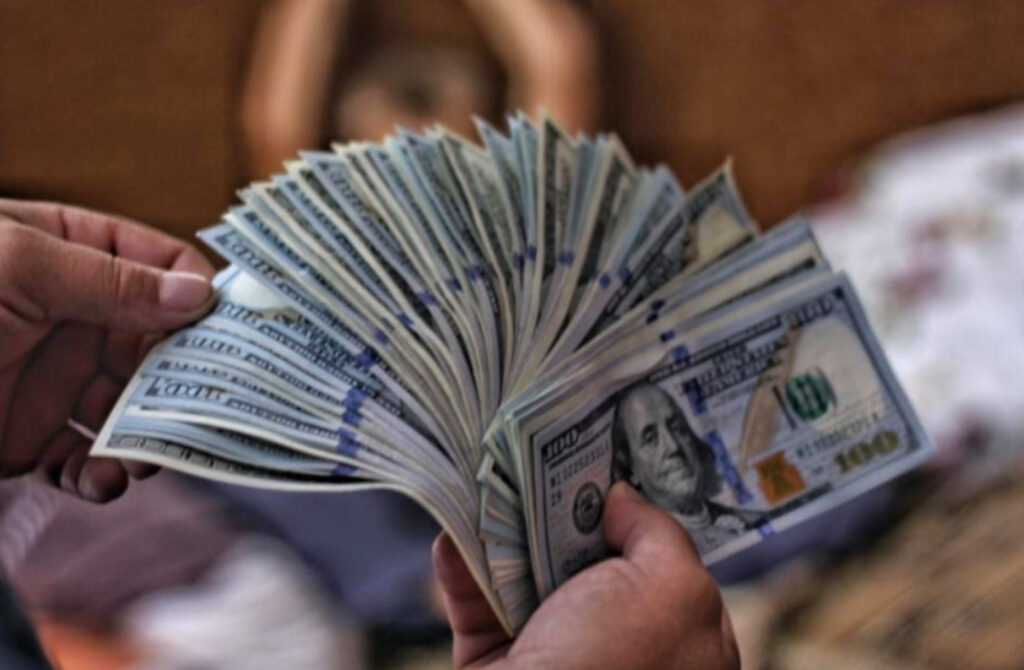 While you might have played Five-Card Draw as a kid, the most common online poker games are a little different. In five-card draw, you get five cards dealt to you, decide which to keep and which to get rid of (or “muck”), and then get some replacement cards. You make the best poker hand you can, and then there are rounds of betting, and maybe there’s a showdown where you lay your cards on the table and pull in some real money..

In a flop game online, the poker rules are a little different. You’re dealt cards, but there are also community cards that are “flopped” in the center of the table. Players will ultimately make the best poker hands they can using their own cards as well as these community cards.

If you’re wondering how to play online poker, you might also want to know more about how you actually get to a table at our site. After you’re signed in at Ignition, there’s a lobby where you can pick what kind of game you want to play. Once you’ve chosen your game, you’ll be seated at a virtual table. At that point, how to play poker hands looks a lot like the games you might have played at home. There are other players seated around the table, and you’ll all get dealt some “hole” cards that only you can see. Rounds of betting will take place, and community cards will be dealt for all to see. There will be more rounds of betting until one player claims the “pot,” or central pool of chips that active players have bet during the hand. Once the pot is claimed, the hand is over and a new one begins. Ignition’s software will keep shuffling up and dealing 24/7 until you’ve had your fill. 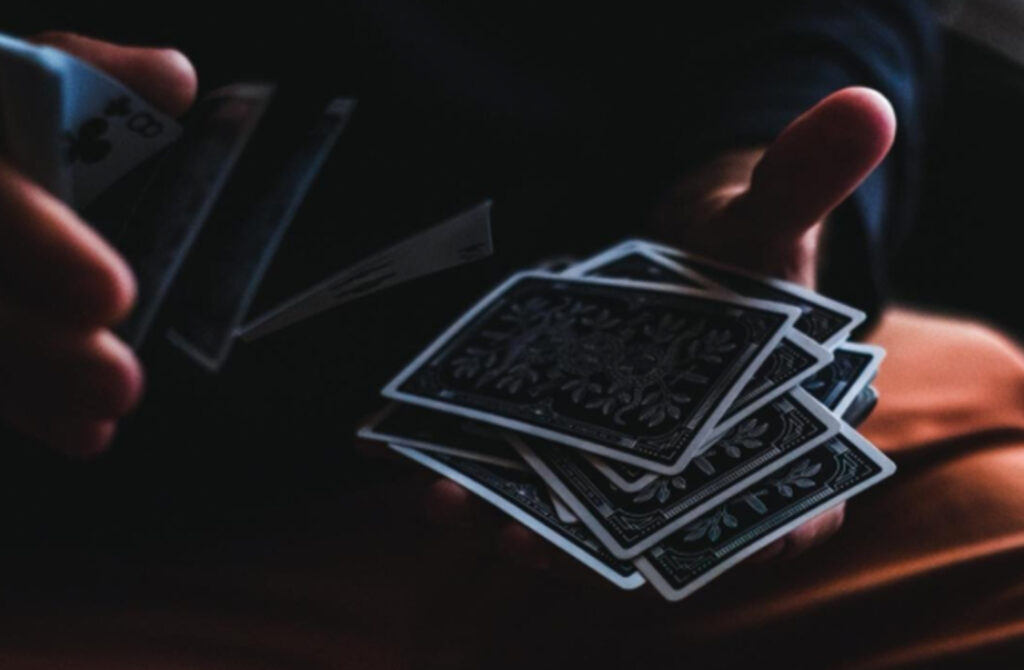 If you want to know how to win at poker, you have to know how to play poker hands for the game type you choose. The most popular by far is Texas Hold’em. It’s the game you’ve seen on ESPN in the World Series of Poker for many years, it’s the game Matt Damon played in Rounders, and it’s just about as much crazy action as you can get in a poker game.

It’s also a way to win big. Like, really big.

Let’s go over the poker rules for each game type.

After that, the winner takes all. 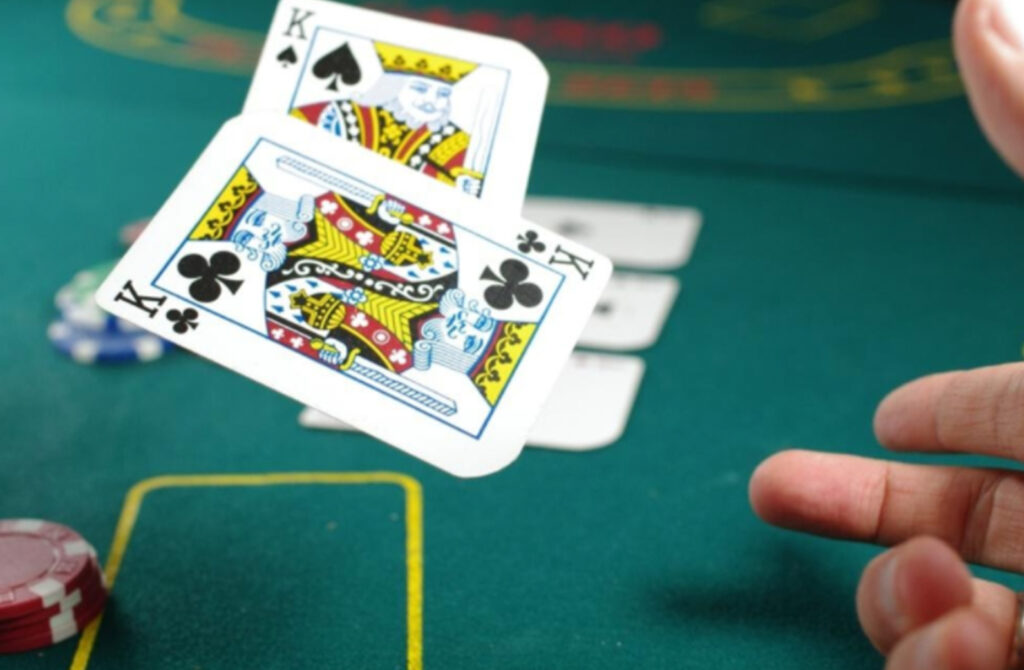 The basic strategy in Texas Hold’em is to play aggressively when you’ve got position (you get to act last in a round) or you’ve got decent cards. It’s also possible to slow play (i.e. pretend like your cards aren’t that good), but the danger is that people with inferior cards can skate by into future rounds for free. When you’re “out of position” (you have to act first in a round), or your cards aren’t that good, you’ll want to play conservatively.

There are endless variations to that guidance, but those basic principles are the foundation of all Texas Hold’em play. If you’ve got the goods, find a way to make people pay. If you don’t , either scare people off or get the hell out before it costs you too much.

Omaha is a lot like Texas Hold’em, except you get four hole cards to start instead of two. You can only use two of them to make your best five-card hand, ultimately, along with the three community cards. There’s still the same flop, turn, and river after that. Unlike Texas Hold’em, Omaha is usually pot limit instead of no limit. We’ll talk more about that below.

In Omaha Hi-Lo, the pot is split, with half going to the player with the best hand and half going to the player with the “worst.” There are special rules for the low hand that don’t count straights and flushes. These rules are born out of a game called California Lowball, but we’ll spare you the details for another day. The important thing to keep in mind is that you’re tracking two ways to win – the Hi and the Lo. If you’re still figuring out how to play online poker, save Omaha Hi-Lo for another day when you’re more confident in the rules.

Betting! This is where the rubber meets the road in poker. Knowing how to bet is a huge factor in learning how to win at poker.

Now the player to the left of the big blind is next to act or “under the gun.” They can 1) fold and get out of play, discarding their hand, 2) call by placing $2 in the pot, signifying that they are willing to play the hand, or 3) raise, placing $4 into the pot, signifying that they have strong starting cards. Other players will then act in turn with the same choices until the round ends. At a limit table, there is a cap on the amount that can be bet by each player and in total by all players, making this a safer option for those learning how to play online poker. On the turn and river, the caps are raised (often doubled).

In no-limit online poker games, the caps are gone. There’s no speed limit, no cops, and the road is all yours. Want to floor it and go “all in,” placing your entire stack in the pot? You can do it right away. Your first move can be to put everyone to an incredibly uncomfortable decision for all their money, if you’re a gunslinger. Or, you can test the waters with a smaller bet and see how it goes. Everyone has total freedom to make whatever bet they want. If two people have amazing hole cards, you might even see them both be all in pre-flop, especially in a tournament, where AA v KK is an all-too-common sight.

No-Limit is where the men are separated from the boys at our site, and where you can double up in an instant, if you’re wise. You can also scare the crap out of your opponents with huge bluffs that no one has the guts to call. No Limit is a huge game for crafting your own style: bold and brash? Lying in wait like a cobra ready to strike? Soaring above like an eagle, picking off small opportunities here and there?

It’s all you, captain. You’ll figure out how to play poker hands your way and win real money.. 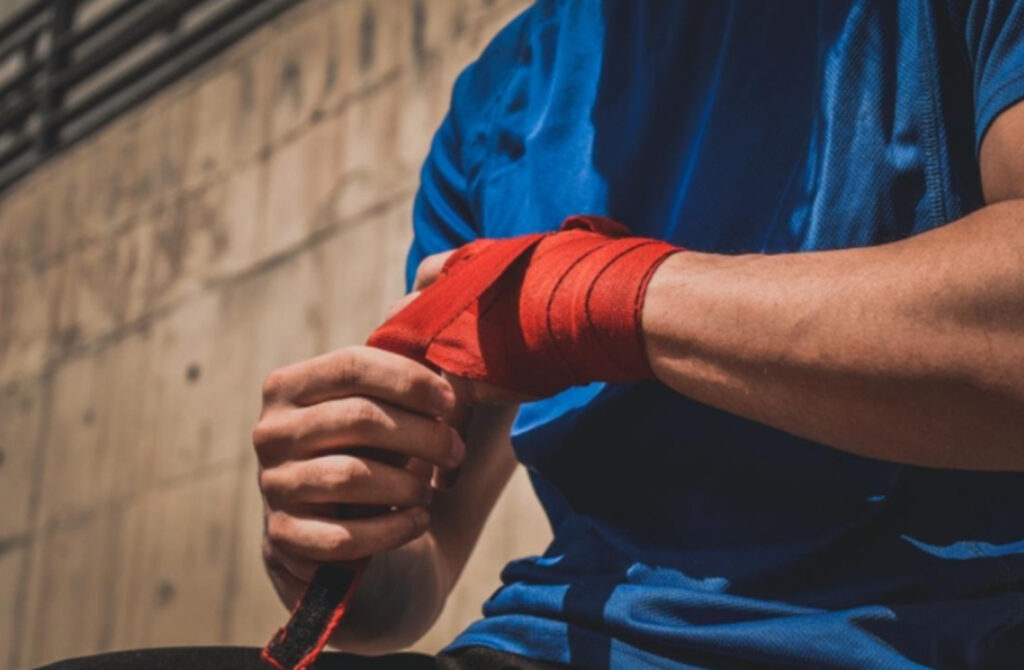 Let’s keep it simple. In pot-limit poker, you can bet up to the amount of the pot, instead of there being no limit. Omaha is often played that way. It’s a pretty straightforward compromise between limit poker, which can be a little slow sometimes, and no limit, which can be too much action for people who need a more chill poker session.

Poker Tournaments vs Cash games: What Should You Play?

As you figure out how to play online poker, you’ll probably play a mix of tournaments and cash games. Cash games let you come and go as you please, playing totally on your own schedule. Sit down for as many hands as you like and get up whenever you want. With Ignition’s Quick Seat, you can get in with lightning speed, so it’s super convenient.

Tournaments offer an amazing tradeoff, though. Agree to sit and play out the whole tourney, and your reward can be a massive payout. You’re in for the long haul, but if you make it to the final table and pull off a win, you can earn the paydays that dreams are made of. You can even win entries into even bigger tournaments (poker tournaments that get you entry into other tournaments are called “satellites”). Once you know how to win at poker, tournaments will offer you some of the most exciting play you can handle.

So those are the basic poker rules! When you’re ready to take a seat and have a ton of fun, hit us up!When you’re ready to get in the game and start raking in those chips, wWe’ll have your seat ready (the drinks will have to come from your own bar). 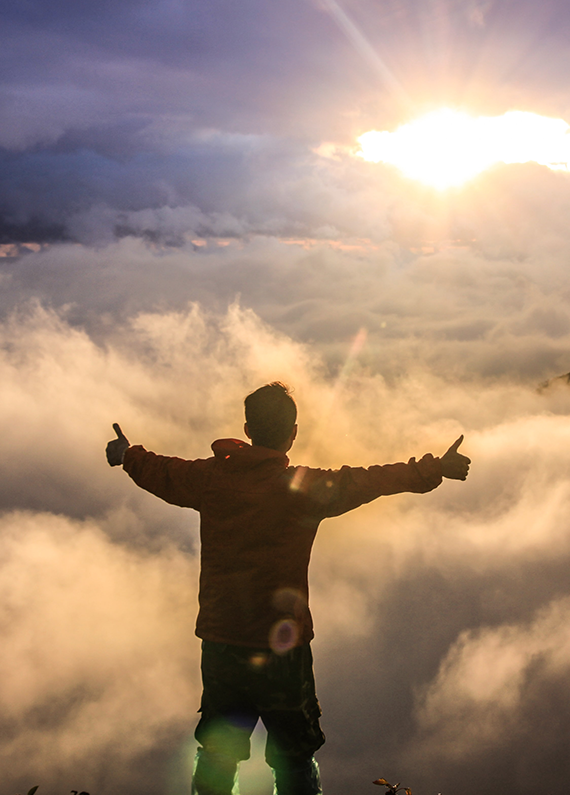 Learn to Play Poker From Your Mobile Device 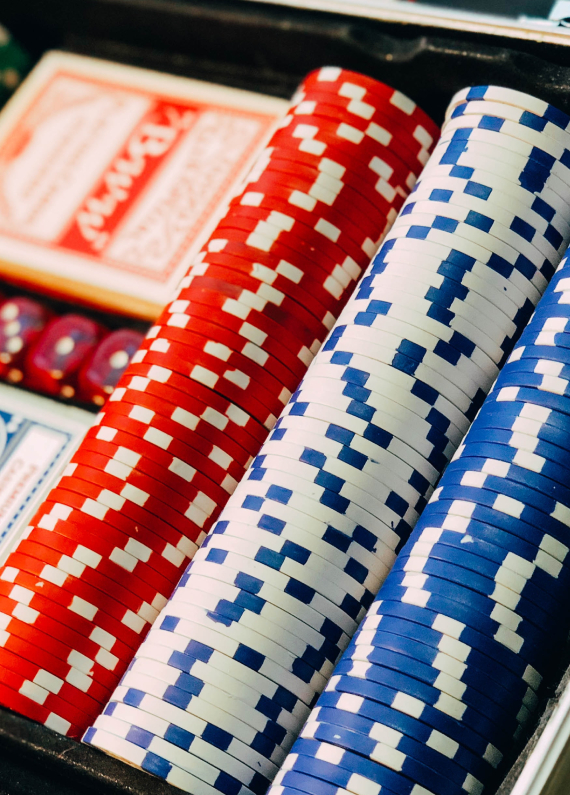 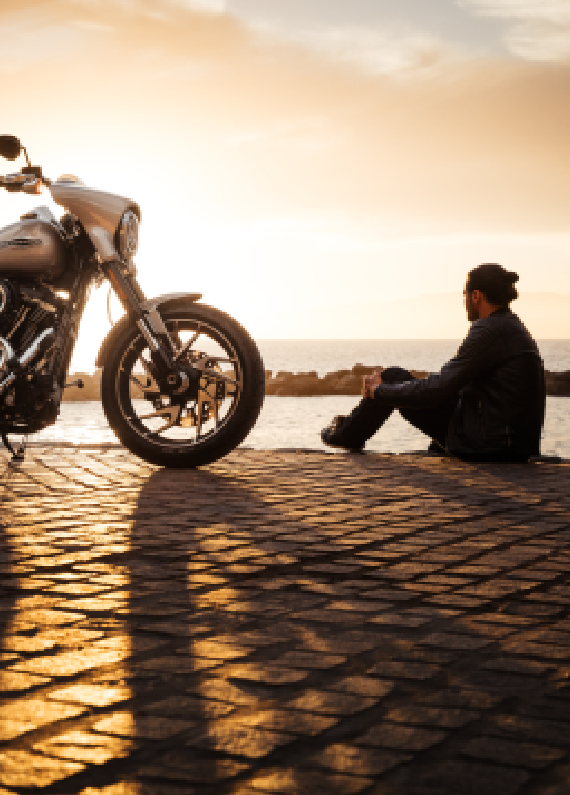 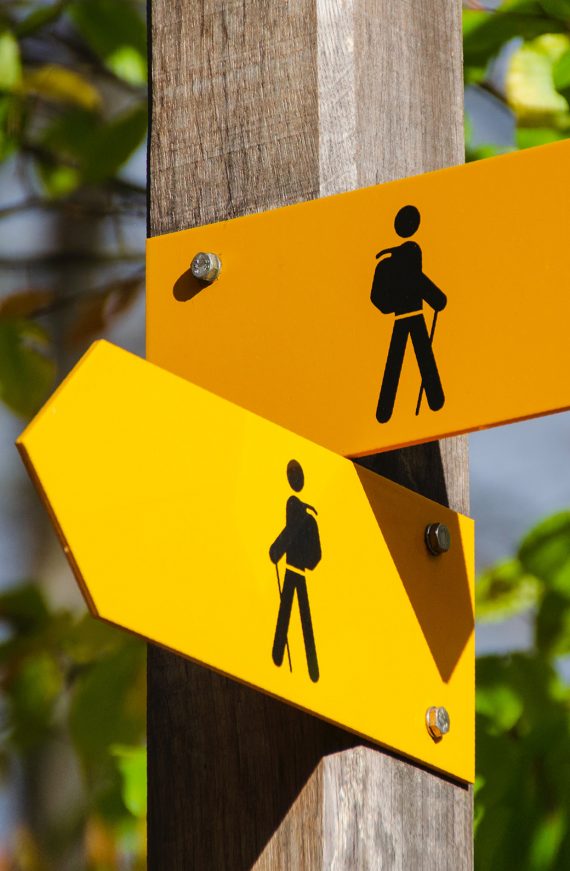