You want to know how to play Texas Hold’em? You’ve come to the right place.

It’s the most popular poker game in the world, and it’s perfectly set up for a player like you who likes plenty of action.

Keep in mind: for pros and beginners and everyone in between, everyone had to get started with the basics. So let’s get rolling.

The basics of Texas Hold’em are pretty familiar with anyone who’s ever heard the word “poker”, but just in case you’re looking for a “how to play Texas Hold’em poker for dummies” explanation, here you go.

The game is played using a single standard deck of 52 playing cards. This is also called a French deck, which has nothing to with Texas. (If you’re looking to stump your buddies: Texas Hold’em was created in Robstown, Texas. You’re welcome.).

Anyway, let’s continue with your Texas Hold’em tutorial, and later on we’ll get into the strategy. 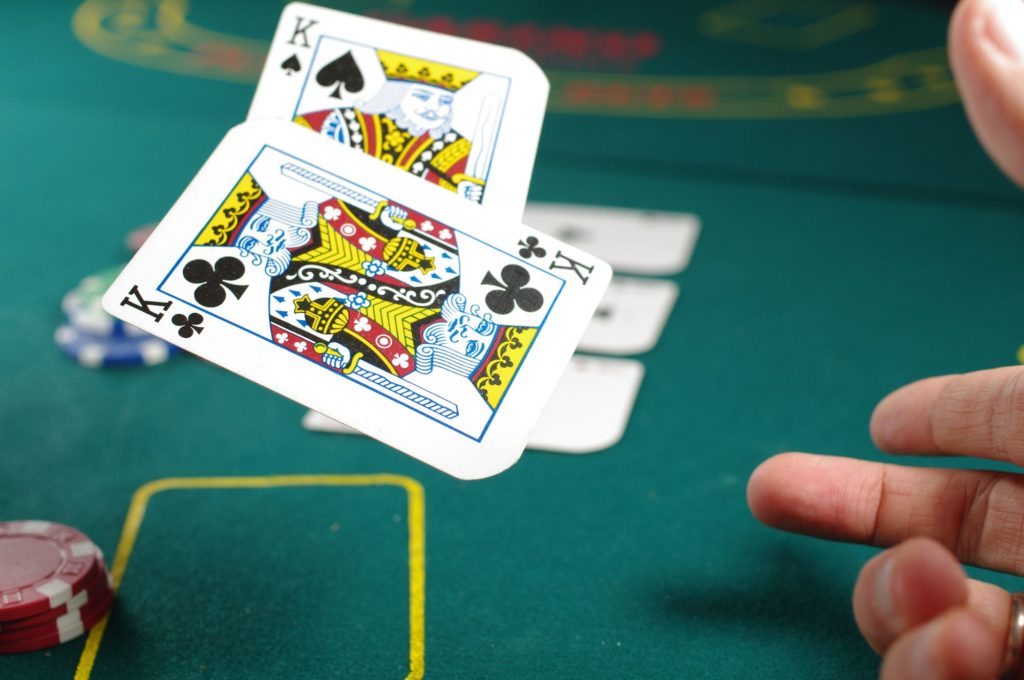 Playing Texas Hold’em requires at least two players, and standard poker tables can seat up to 10 players, although nine players is most common for a full ring game.

You’ll need a dealer too, of course – but with online poker this is taken care of for you. (We did say this was a bit of a Texas Hold’em for dummies explanation, but we’re covering all our bases)

The Dealer starts off by dealing two cards (known as “hole cards”) that are kept face-down and private to each player at the poker table. We’ll get into the different rounds of betting and poker blinds in a moment.

The Dealer then deals three cards face-up in the middle of the table. These cards are shared by all the players and are commonly known as “community cards”.

The Dealer will flip over two more community cards, one at a time, for a maximum of seven cards you can choose from to make your five-card poker hand. The hand values in Texas Hold’em use the conventional poker hand rankings. Make sure you familiarize yourself with the hand rankings – and some basics of Texas Hold’em strategy – to give yourself an advantage.

Now, about those rounds of betting.

During a single hand of Texas Hold’em, rounds of betting start after the two hole cards are dealt. There are four betting rounds in total, which you’ll read more about below.

Each bet is placed in the middle of the table – this will make more sense for online poker once you download our poker software –  which creates a pile of chips known as the pot.

After someone bets by putting their chip(s) into the pot, the next player to the left can either raise (by putting a larger amount of chips in), call (by putting in the same number of chips), or fold (by putting the hole cards in the middle and quitting this hand completely, until the next hand starts a few minutes later).

The pot goes to the last player standing, or whoever has the best poker hand when all seven cards have been dealt. Then it’s on to the next hand.

Make sure you know what type of Texas Hold’em game you’re getting into though, before you start playing.

There are three types of bet limits to play at Ignition:

The amount you can bet and raise is pre-determined in Fixed-Limit Hold’em (usually called Limit Hold’em for short). For example, if you play $5/$10 Limit Hold’em, you can only place $5 bets (known as the small bet) during the first two rounds of the hand, and $10 bets (known as the big bet) during the last two rounds of the hand. The only raise you can make is for twice the size of the bet in question. Only three raises in total are allowed during a round of betting unless there are just two players left, in which case the cap is increased to five.

With Pot-Limit Hold’em, the minimum bets are the same ones you can make in Limit Hold’em, but now you can also bet any amount from there up to the size of the pot, including the active bets on the table.

No-Limit Hold’em is the most popular poker game there is. The lid is off when it comes to the maximum bet you can make; when it’s your turn, you could choose to go all-in and put your entire stack of chips in the middle.

Now we’ll move into some of the terminology for Texas Hold’em. You might have heard some of these words floating around before, and soon you’ll be tossing them around like a total pro.

The set of decisions that players make before the community cards are dealt is called the pre-flop action, and the first round of betting starts after the two hole cards are dealt.

In the pre-flop, the Dealer – aka the person with the Button – starts of by dealing everyone a single card, face-down, starting with the player in the small blind (more on that below). Then the second hole card will be dealt in the same fashion. Pre-flop action always begins with the player to the left of the big blind (more on that too, later). This position at the table is called under the gun.

The first three community cards are called the flop, and once all three are showing the second round of betting can start.

The turn is the fourth community card to be dealt, with the third round of betting happening after the Turn.

The river is the fifth (and final) community card to be dealt. Whoever if still standing now has to make their bet 5-card out of the seven cards available. The fourth and final round of betting takes place after the river.

Until you’ve got a real good handle on the game, you’ll be folding more than you probably want to. The temptation to stay in each game is strong of course – no one likes sitting on the side of the road when all you want to do is ride. But this’ll save you cash in the long run. 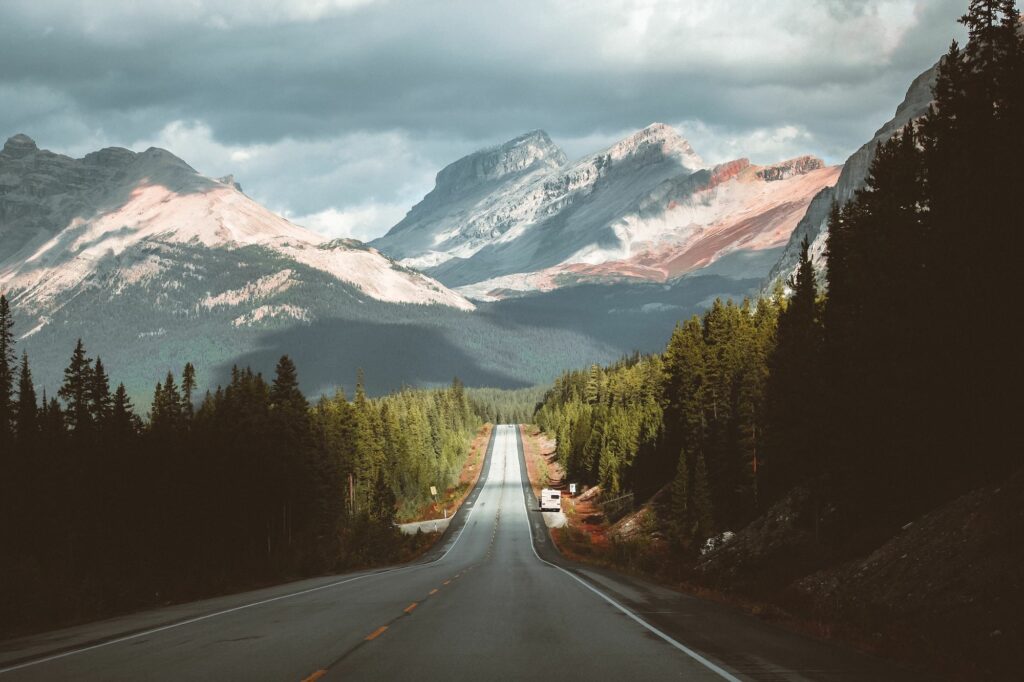 First, unless you want to burn money, don’t bet big in your first games. You might have watched too many movies where the hero shoves all his chips into the pot, but this ain’t the movies and you’re not that guy. Yet. Bet small, super small, to get a feel for the game.

Part of that feel will include your position at the table. You’ll quickly realize that being in the small blind is the weakest spot to play from, and the button (or closest to the right of the button) is the strongest. Let your decisions reflect your position, meaning: don’t bet big too often the closer you are to the blinds, unless you’re holding a strong hand.

Bluffing is also not a beginning player’s best move. Stick to the hand rankings and watch how others play, before you try to fake it till you make it.

You can head here for lots more on Texas Hold’em strategy for beginners, and you’ll even pick up some advanced tips too.

No-Limit Texas Hold’em: How is it different?

You can go real deep in learning and understanding how No-Limit Texas Hold’em is different from its Fixed-limit and Pot-limit cousins, but for the beginner player, you should understand at least these basics.

First, the stack size. If you’re playing against an opponent whose stack is like a machine gun compared to your six-shooter, you are at a disadvantage. Doesn’t mean you can’t win of course – if your aim is as good as your game – but the odds are against you. They can basically buy the pot so you need to know your strategy, and his weaknesses too.

While in the other games with a pot limit, you can play mostly within your means – and the others need to as well.

Next, the money to be won. You can play a two-hour session in no-limit, have one great hand, and walk away with a lot of cash. With the limit games, you more likely need to take your smaller wins between some losses before the cash really starts to accumulate in your favor.

The blinds are easy to understand, and you’ll be one before you know it, so make sure you know what to do.

The dealer rotates for every hand, so the blinds do as well. This ensures that everyone has some skin in the game.

The size of the blinds is determined before the game even starts, so everyone understands what they’re getting into.

It’s important to pass the Dealer button around after every hand, ensuring that everyone at the table contributes the blinds equally. The stakes for Pot-Limit and No-Limit Hold’em refer to the size of the blinds; a $1/$2 game will have a small blind of $1 and a big blind of $2.

The core concept of poker: know how valuable your hand is. Or how much it sucks. Either way, you determine your level of risk and how much you want to wager, but only when you know how each hand ranks and the probability that you or your opponents have of each one.

Here are the poker hand rankings in order of value, along with their probability:

So download our poker software today and in seconds you’ll be on the road to Texas Hold’Em success.