Hail to the Chiefs of Poker

Some historians say poker originated from a domino-card game played by the Chinese emperor in the 10th century. Or perhaps it came from a 16th century Persian card game called As Nas. In Europe, a 20-card game called Poque was popular in the 17th century, and immigrated to New Orleans where it took hold in the early 1800s.

By the mid-1800s, the game expanded when decks grew from 20 to 52 cards. Five-card poker became a draw game with additional rounds of betting to sweeten the pots. Back then, hand rankings included a flush for the first time.

As settlers moved across the continent, poker became a staple of the wild west. While faro (an ancestor to baccarat) was popular in the gambling halls and saloons of the American west, poker was gaining in popularity. It attracted its share of criminals, hustlers, card sharks, and other players of ill repute. In fact, it was difficult to find a legitimate poker game due to the lawlessness. So, to keep games sort of honest, players armed themselves with guns and knives.

During the Civil War, poker was played by both sides (not together) during lulls in the fighting. Surviving soldiers brought the game back home with them, spreading poker throughout the Midwest and the Northeast.

Poker’s inherent strategies were akin to politics. To be successful at either, you needed to be a good bluffer, a clever liar and put on an unreadable poker face. Successful poker players and politicians never let their opponents guess the cards in their hands by reading their face or body language. 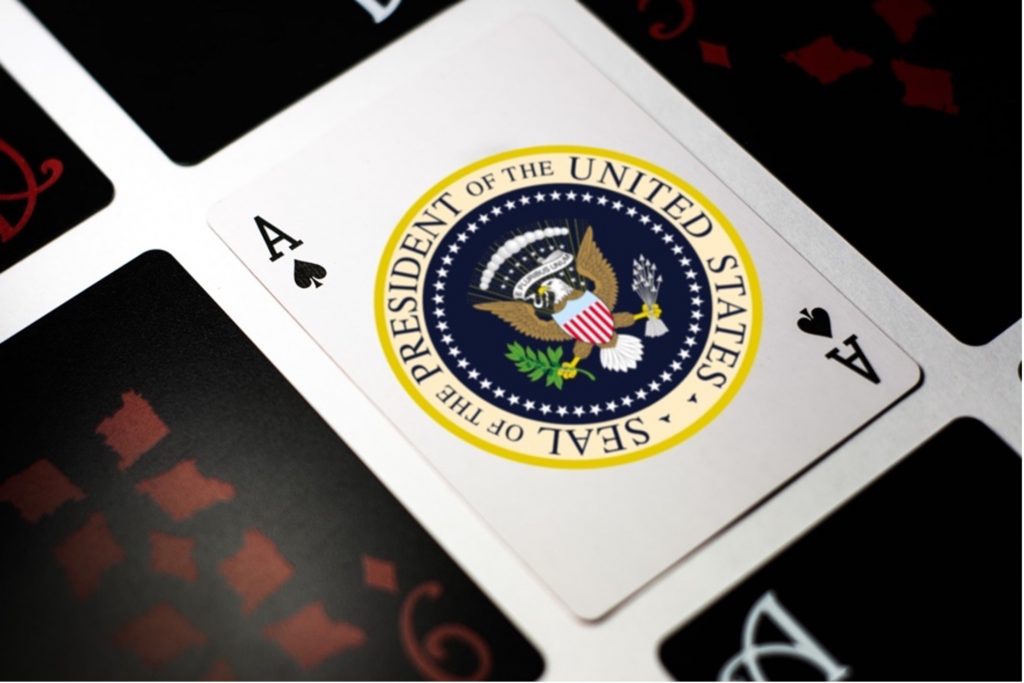 While some politicians claim to be skilled at chess – in 2D, 3D or 5D for the wildest extremists – it was the poker players who could defeat a challenge or an opponent with strategies that said nothing at all through distraction or put everything on the table when the win was imminent.

There were several US Presidents who played poker, including Grant, both Roosevelts, Lyndon Johnson, and Truman. In fact, Harry Truman’s famous expression, “The buck stops here,” is a poker term from in the 19th century when hunting knives with buckhorn handles were used as the dealer button.

In 1946, Truman and Winston Churchill played poker on the presidential train. Churchill drank five scotches before the game started, lost $250 and gave up at 2 in the morning, because he needed to rest (well, sober up) for his famous Cold War speech.

The 16th President (1861-1865) learned to play poker when he worked as a Mississippi riverboat captain. A fierce but frugal competitor, Lincoln was a superb microstakes gambler, indulging in penny-ante poker games, which was prescient since he became the face of the penny after his presidency. 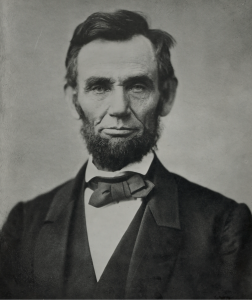 Lincoln stopped playing when he became a congressman in 1847, because he didn’t want anyone to question his integrity – but it certainly seems that he employed his cool logic, strategy and poker face while in office.

It seems that Lincoln used his poker skills in a historic and highly controversial decision during the Civil War. He warned the Confederate states that if they didn’t surrender by January 1, 1863, he would free the slaves to ruin the South’s economy. This apparent bluff led to the Emancipation Proclamation and eventual freedom for 4 million enslaved African Americans.

America’s 29th President (1921-1923) is remembered as one of the worst US presidents ever. Warren Harding’s presidency was plagued with corruption such as the Teapot Dome bribery scandal and his heavy drinking during Prohibition (hypocrisy in politics is nothing new, it seems). However, he is remembered as one of the presidents who played poker. A lot. 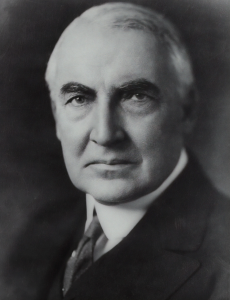 No other president showed the same passion for poker. He brought it into the White House, hosting many poker tournaments with his administration who became known as the “poker cabinet.”

Sometimes, Harding’s poker strategies, like his policies, were just bad. It’s rumored that he lost an entire set of expensive White House china when he bet on one terrible hand of poker.

Ike was the 34th President (1953-1961) who made his name as a five-star general and Supreme Commander of the Allied Forces in Europe during WWII. He called poker his favorite indoor sport, beating his West Point opponents with regularity. He once used his winnings to buy himself a new uniform.

When he was serving under General George Patton at Camp Meade, he dominated games with fellow officers. However, after hearing that an opponent had to cash-in his family’s war bonds in order to pay Eisenhower what he owed, Ike conspired with others to lose on purpose to help the soldier recoup his losses.

The experience dampened Eisenhower’s enthusiasm for the game, saying, “I decided I had to quit playing. It was not because I didn’t enjoy the excitement of the game – I really love to play. But it had become clear that it was no game to play in the Army.”

The 37th President of the United States (1969-1974) was a crook (though he denied it) and a very good poker player. While Nixon did not play poker in the White House, his brilliance at the game helped get him there. He developed a skill and passion for stud poker during his days in the US Navy and once said, “The stress of war and the oppressive monotony of my daily life made poker an irresistible entertainment, and I found it as instructive as it was entertaining and profitable.” 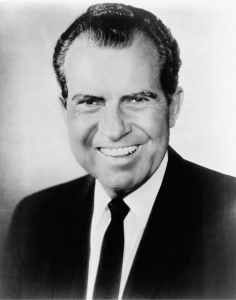 Profitable indeed. They say Nixon never lost a poker game. One of his fellow officers said, “He was a good poker player, maybe the best… He played cautiously but did not hesitate to take some risks when it was necessary. I remember seeing him bluffing another officer with a pair of twos for $1,500.”

Over a two-year period in the Navy, Nixon sent his poker winnings home to California, accumulating as much as $10,000 (over $140K in today’s world), which he used to finance his first congressional campaign.

The first poker-playing president since Nixon, America’s 44th President (2009-2017) played purely for career and political purposes. It was a networking strategy Obama used during weekly poker games with his fellow Illinois senators. 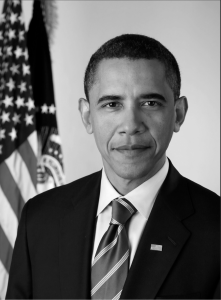 The rookie Senator from Illinois cohosted regular low-stakes games whose popularity attracted Republicans as well as Democrats. Not big stakes — risking a couple of hundred bucks — but Obama eventually downplayed his participation during the presidential campaign.

Obama calls himself a pretty good player, his opponents call him cautious and shrewd. He tends to bluff only when he holds slightly decent cards. His fellow gamblers say that Obama is reluctant to bluff and only bets high when he’s holding a strong hand.

An Obama colleague explained that the former President played a calculated, patient game, noting that, “When Barack stayed in, you pretty much figured he’s got a good hand.”

Today, online casinos make it easy for anyone to learn, play and win at poker. The truism “poker is a great revealer of character” applies to presidents as well as the rest of us. It’s a game of strategy, cunning, trickery and theatrics that can be picked up in a few minutes and take a lifetime to master, if anyone actually can. At Ignition, we assure that you’ll find the freedom to play your way. Discover why Ignition Poker is considered the best of the US real money poker sites with the best online poker software in the business. Play Online Poker with Bitcoin, Litecoin and Other Cryptocurrencies 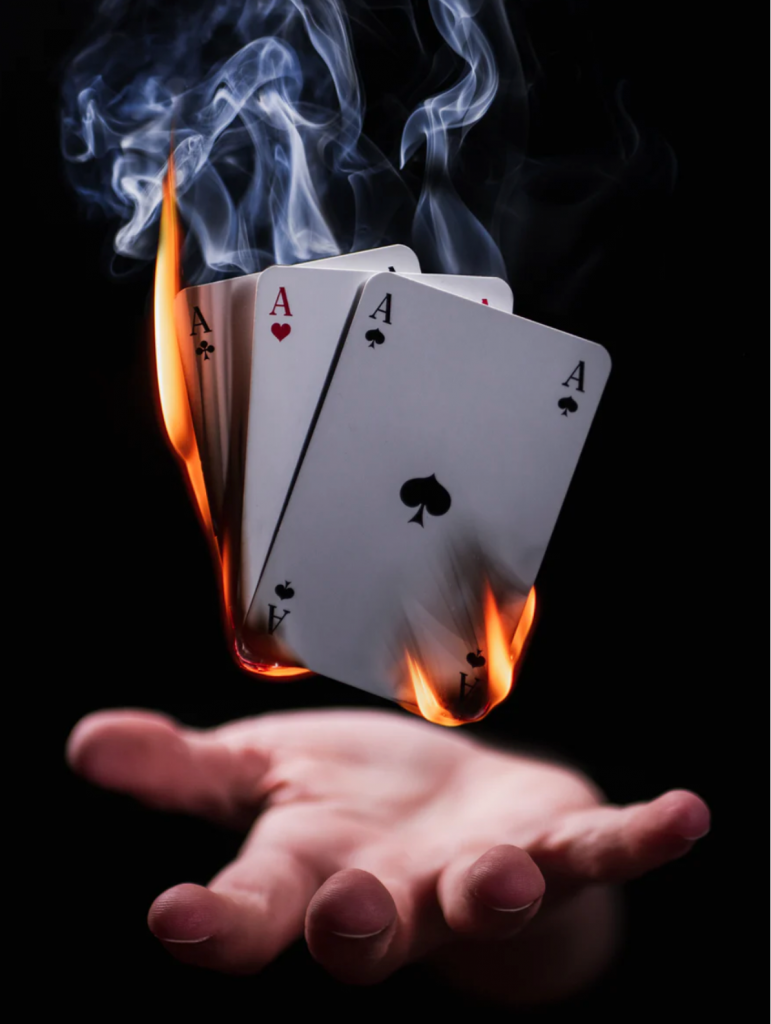 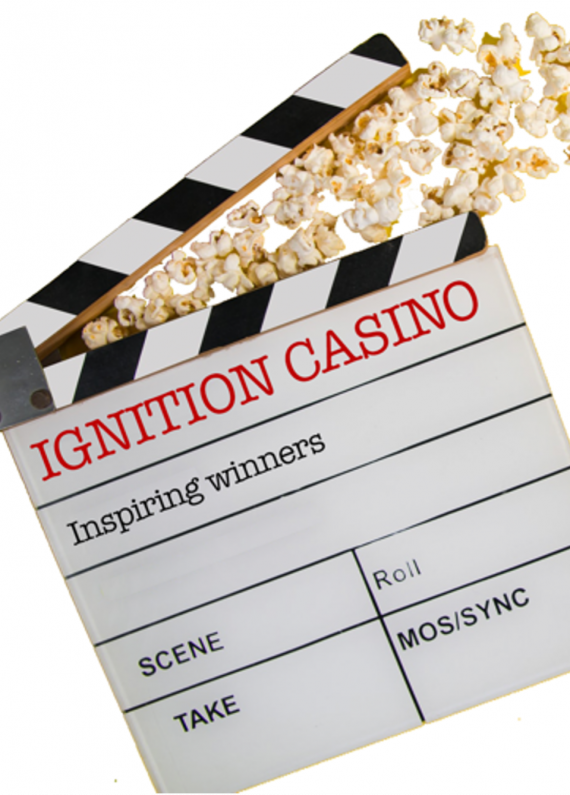 5 Poker Movies to Inspire Every Player 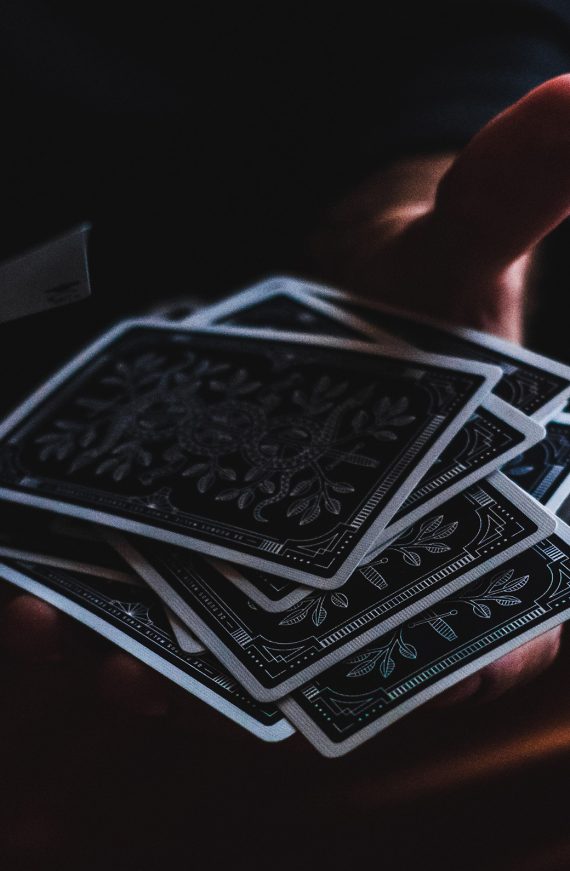